So when I went to speak at this year’s ceremony for the Governor’s Award in Arts Education, I got to meet some awesome people, including this woman, Kit Sailer. She’s a painter from Jersey City who received an award for her outstanding work as a teaching artist. I visited her studio to interview her to write an article for The Jersey City Independent.

Pictures by me. Mouse-over for full captions.

Jersey City’s Kit Sailer is many things – a carpenter, an educator, a fine artist, and most recently, a winner of the Governor’s Award in Arts Education for her work as a teaching artist.

As a fine artist, the 55-year-old works in periods.

She spent a decade painting, drawing and making prints of sea creatures – everything from seahorses and sea lilies to her favorite, octopuses. Then, after Sailer painted an oil landscape in preparation to teach a class on the medium, she got hooked and has been painting farms, fields and mountains for the past five years. Sailer’s work is a study of natural forms and rhythms.

“I’m very interested in the natural form, the patterns that the natural forms create and movement,” said the Syracuse University graduate. “I love moving, rolling and dramatic compositions like the trees, the farmland and then the fields that are flat and facing south – there’s a pattern and you can see how the land is used impacts the terrain.”

She saw the same appeal in the natural shape of one of her first loves, the octopus.

“There was a starburst shape I was using over and over [in my work] and I thought, ‘I should probably do an octopus,’ so I did. I’ve done hundreds of drawings, paintings, sketches and prints of the octopus…It’s about its rhythm and movement, not the burst. It’s the reaching out,” she says.

“From the octopus it went to the seahorse and then I got into the underwater world. Crinoids, gorgonians, coral forms…I opened up this energetic world that was a combination of the real and the fantastic wrapped into one,” she says.

She discovered the same magic in Montana when she tagged along with her husband Charlie Trowbridge on a business trip. In one week, Sailer produced five oil paintings, four watercolors and several drawings.

“I fell in love with the idea of seeing the landscape as a natural pattern, how it changes and what it meant to the land,” she says. “At the time I was doing coral landscapes and I loved how each coral grew in its own way – this was the exact same thing!” She gestures excitedly to one of several landscapes hanging on the wall of her New York Avenue studio, showing how each tree and hill has a shape and movement of its own.

Sitting down, Sailer says she’s learned to talk freely and enthusiastically about art through teaching. …

Read the full article here on The Jersey City Independent.

Check out photos from my visit to Kit’s studio in the Jersey City Heights neighborhood. 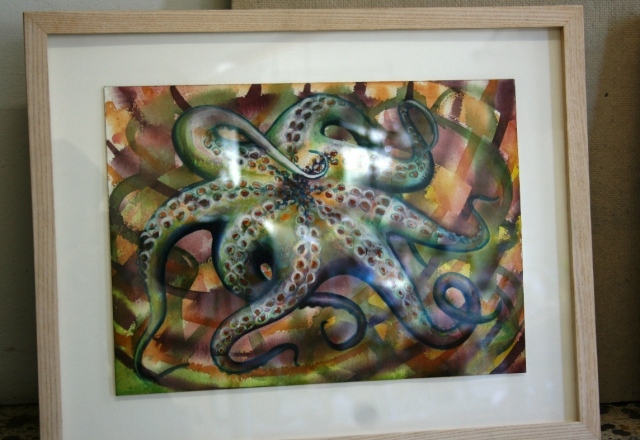 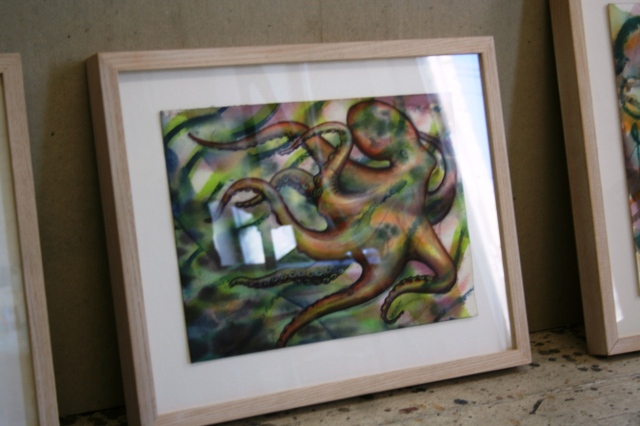 Summer Dawn Hortillosa is a journalist specializing in arts and entertainment. Among other things, she is also an award-winning playwright, director, singer-songwriter and actress. Her work has been seen in The Jersey City Independent, The Jersey Journal and other publications.
View all posts by Summer Dawn Hortillosa →
This entry was posted in Art, Journalism, Online, Photography and tagged @summer-dawn-hortillosa, Artist Teacher Institute, Arts Horizons, Govenor's Award in Arts Education, jersey-city, Kit Sailer, new-jersey, the jersey city independent. Bookmark the permalink.